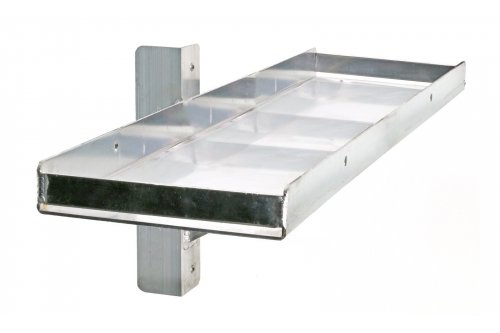 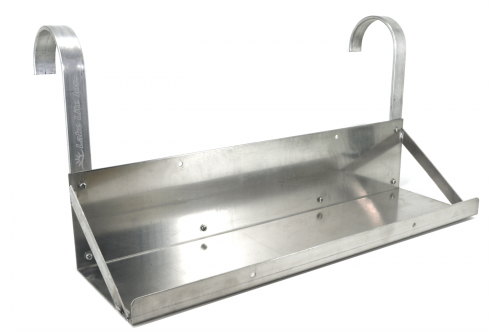 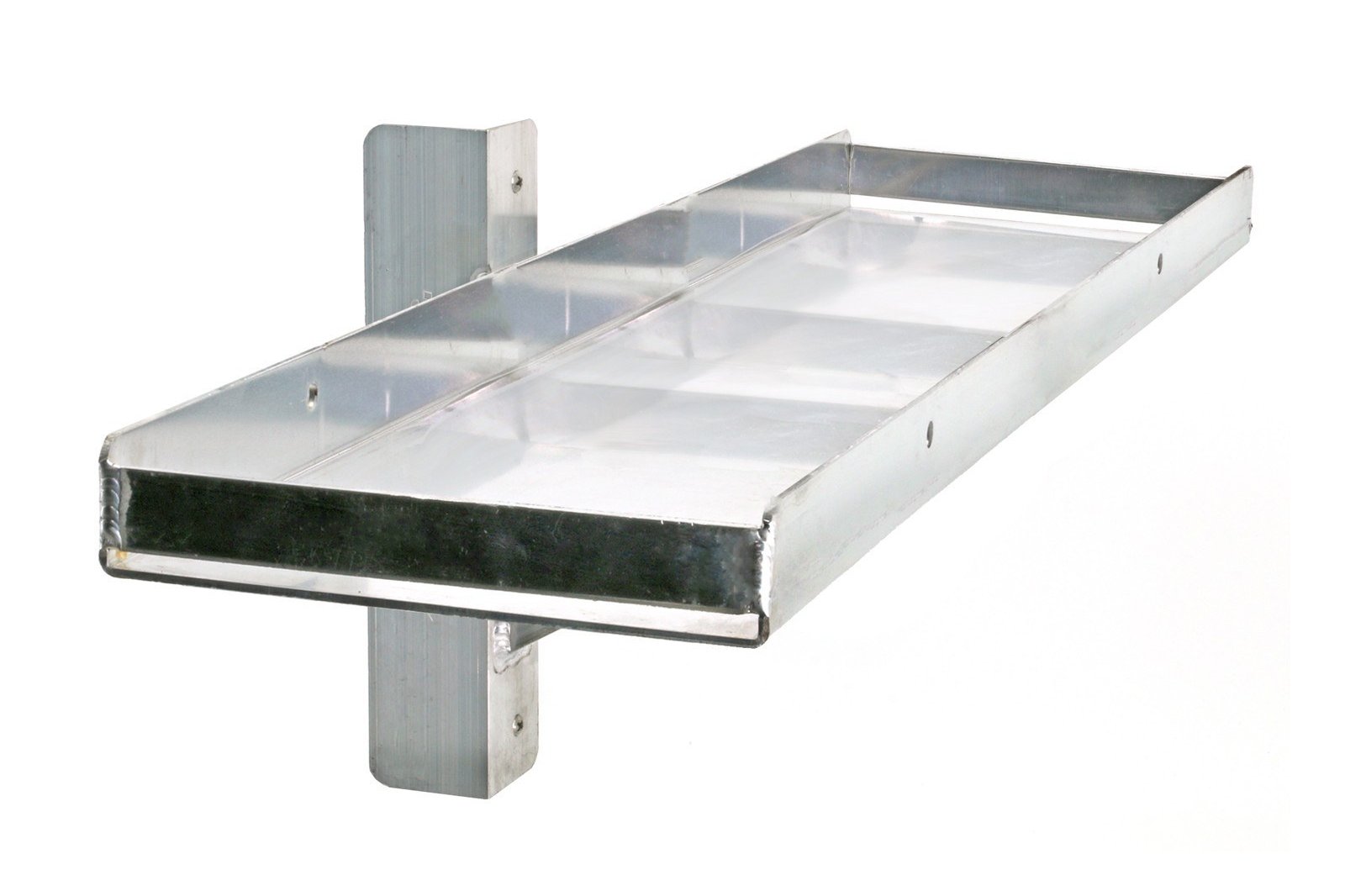 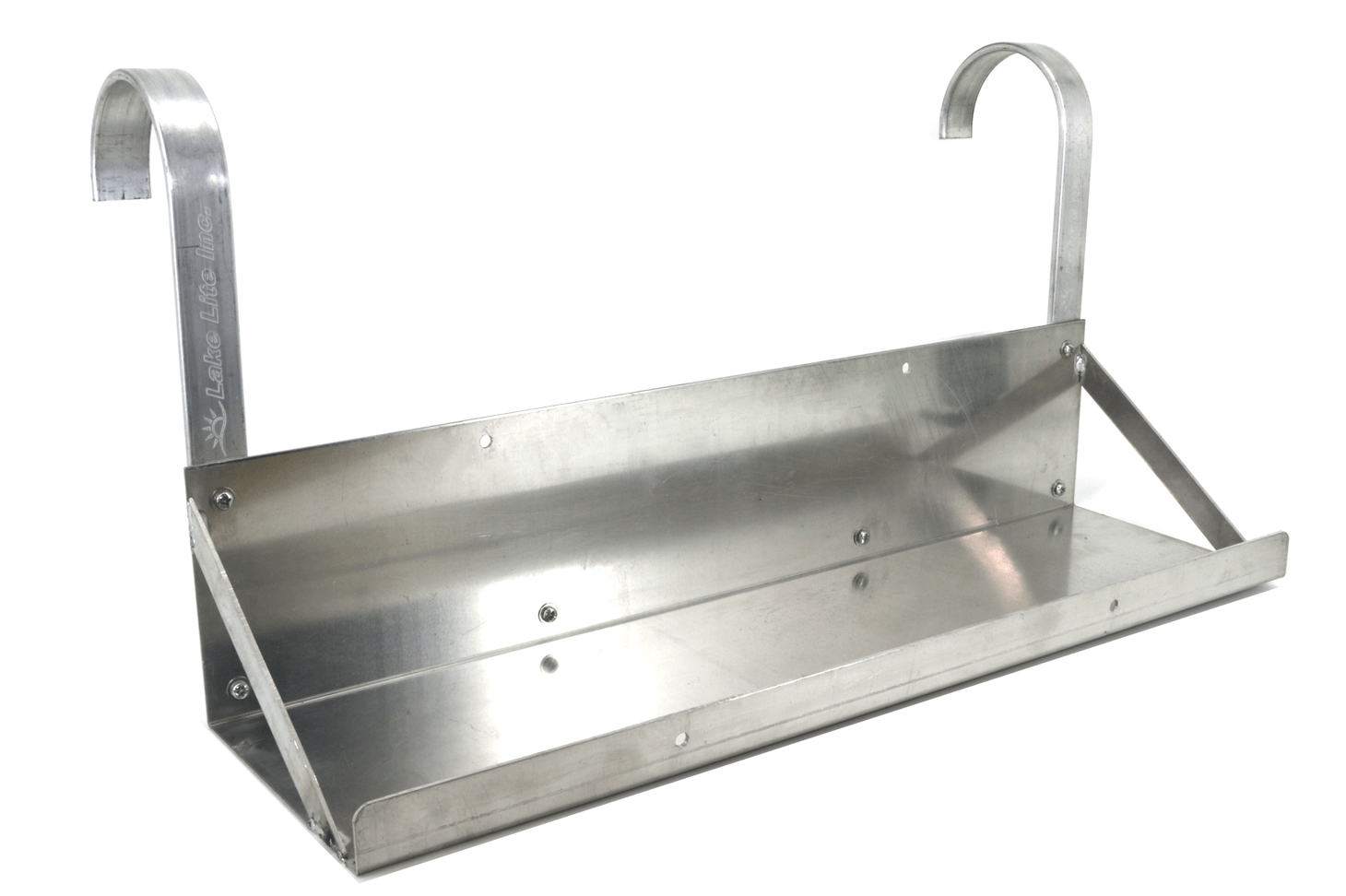 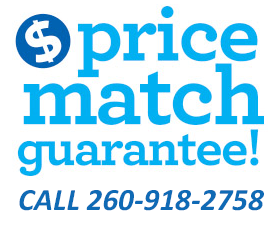 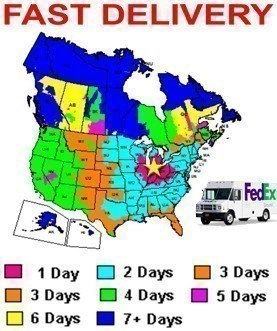 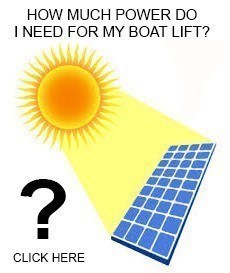 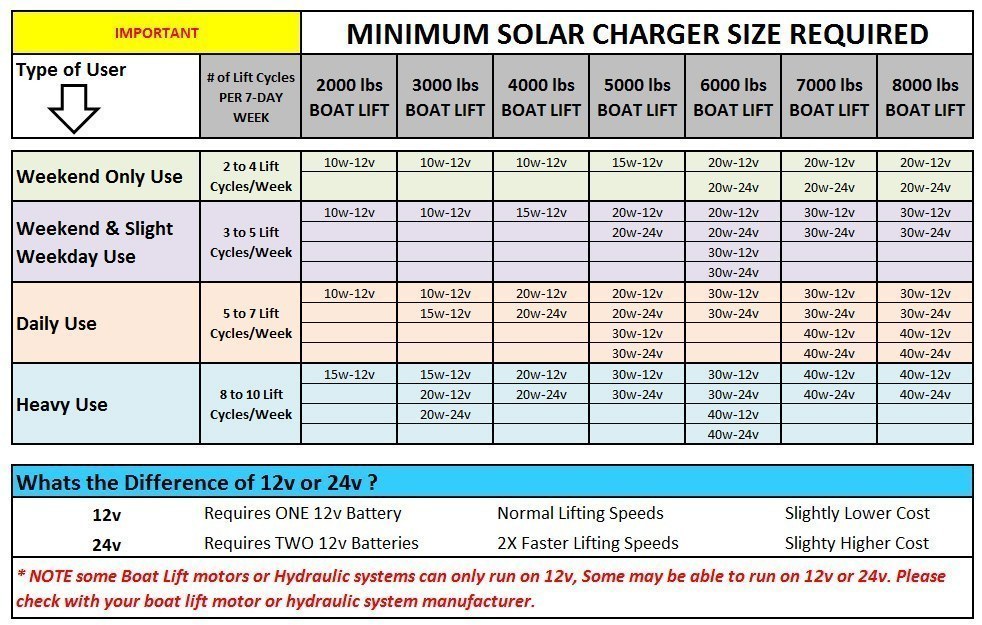 Mounts To Any Boat Lift

Ideal for the daily and heavy user with light to heavy weight boats, Lake Lite's 30w-12v Boat Lift Solar Charging Kit will handle the task of raising and lowering your boat when you need it most.

Prompt Delivery, Easy to Install by Robert K. 08/19/2019, 01:18:00 PM
The solar charging kit arrived on time & well-packaged, as expected.
The system was relatively easy to install, with the wiring pre-labeled and connectors ready to go. I was operational in 2-3 hours.
Looking forward to the system performing just as well.

Great kit but could use some tweaks by Ken 06/21/2019, 08:03:00 AM
So far I'm pretty happy with the 24V solar charger kit. I have spent several days getting it ready to mount to the hoist and have not operated it yet but plan to this weekend. I wanted to share some initial feedback.

I rank it at 5 stars but...
Show more >>
So far I'm pretty happy with the 24V solar charger kit. I have spent several days getting it ready to mount to the hoist and have not operated it yet but plan to this weekend. I wanted to share some initial feedback.

I rank it at 5 stars but debated about 4. The directions are EXCELLENT. Very clear. Refreshingly clear as so many things you buy any more have poor instructions. Overall it seems to be a of decent quality but there are several areas of the design where I scratch my head as it could be easily improved. My biggest complaint is the garbage metric hardware. My suggestions:

Solar panel frame to arm bracket bolts. Metric pan head machine screws are provided with lock nuts. You fish the screws through blindly between the panel glass and frame. Screws have Phillips heads so there is no way to hold the screw while you tighten the nut. Simple fix by going to the hardware store and getting SAE stainless steel hex head bolts and lock nuts. (why metric to begin with????)

The wire that goes between the solar panel and the regulator is long. Really long. I didn't measure it but probably around 20-25'. Most people are likely mounting the panel and arm fairly close to the batteries. Due to constant Lake Huron winds in my application, I want a tidy installation and shortening the wire would require cutting and butt splicing it as the ends are permantly attached. Again, not the end of the world but options on the wire length or an end design that allows the wire to be shortened would be advisable. I ended up making approximatly 3' long loops, wrapped it in nylon wire sheath and slid it inside the arm tube with just enough ends hanging out to make my connections.

There is a carriage bolt and lock nut provided for the arm to panel bracket (metric again). Mind you, the bracket is aluminum with a square hole to prevent the carriage bolt from turning. Unfortunatly with that big heavy panel you can't get the nut tight enough to hold the correct panel angle before the square hole strips into a round hole. Now you're in trouble as you can't get ahold of the bolt to prevent it from turning to get the lock nut off! I had to cut off the bolt with a cut off wheel. Really poor design. I remedied this by slightly roughing up the interface areas of the arm and bracket so it wasn't polished smooth and would hold position better and once again going to the hardware store for a proper SAE stainless hex head bolt, washers and lock nut. Problem solved.

I would also suggest that the support brackets under the dual battery tray didn't terminate exactly center to the battery box! Why? Deep cycle marine batteries are about $200 a piece and I want to lock them. That interferes with placing a strap style battery lock on them. Again, simple design change suggested.

just a call away !